Steering Through the Storm 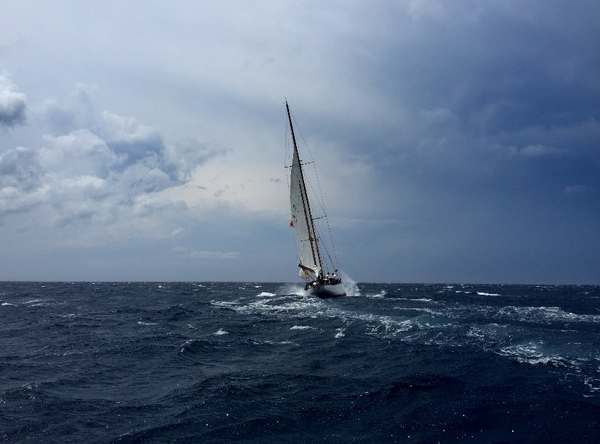 Steering Through the Storm

Once upon a time in Colombo, Sri Lanka, there was a young woman who was keen on making a life for herself and creating a business as a Human Resources Consultant and Facilitator. She prayed that the heavens would drop a Saviour into her lap who could partner her endeavours. Her prayers were answered and the miracle appeared in the guise of a well-reputed business developer from Germany. He was truly qualified to be the Saviour she was looking for. A three-times Olympian sailing champion, lawyer, and possessed the business sense to create foreign-invested businesses in Colombo and then sell them to European buyers at a great profit. The young woman had the opportunity of meeting him through mutual friends. After some discussions, he contracted with her to provide consulting services for a company he owned and was about to sell. His focus for her services was on ensuring that the Human Resources function of the business was in order, and if not, he was looking for recommendations to improve the function so that he could rectify any anomalies prior to handing the company over to its new owners. This project was very successful. Later, the German businessman, in light of the quality of her work, offered the young woman an irresistible opportunity. He suggested that he was able to invest US$20,000.00 for a 50-50 partnership and establish a joint Consulting company in Colombo. His cash investment, business acumen, and contacts, plus the woman’s expertise were the ingredients necessary to set the foundation of a sound business enterprise. This gesture truly was a miracle.

The stage was set and the legal agreement was drawn up. He was to go home to Frankfurt for two weeks’ vacation and upon his return, the two would meet and sign the agreement. The woman waited anxiously for his return and on the morning he was to return to Colombo, he had a fall and returned to his Maker. On the verge of a nervous breakdown, seeing her dreams shattered, the young woman was devastated.

The woman narrated in the story above was none other than me and the businessman was the late Eckart Wagner who I would like to recognize as a good friend, exceptional businessman, and human being and embrace the legacy he left behind. That was the year 2002.

My life took a nose dive at the time. I learned much from Eckart and this experience.

Eckart, thank you for all that you taught me. Ten years later I returned to Canada and have been living here now for another ten years with my own company, Coaching Worx. This experience taught me that the only thing that was permanent was change—and this truly is an illusion.